We Live In an Age of Cheap Grace 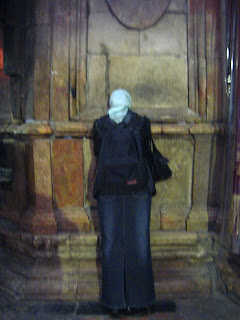 (This is from my book Deconstructing Progressive Christianity, p. 201.)

In 1970 (yikes!) I became a follower of Jesus. I was twenty-one. (You do the math.) One of the first books recommended to me was Dietrich Bonhoeffer's monumental The Cost of Discipleship. I didn't grasp it all at the time. I did understand Bonhoeffer's distinction between "costly grace" and "cheap grace." It reminded me of the apostle Paul, when he wrote, What shall we say, then? Shall we go on sinning so that grace may increase? By no means! We are those who have died to sin; how can we live in it any longer? (Romans 6:1-2)

Eric Metaxas, in his biography of Bonhoeffer, argues that the Lutheran Church's drift into cheap grace was a factor in allowing Hitler to come to power. (See Metaxas, Bonhoeffer: Pastor, Martyr, Prophet, Spy) Metaxas says that cheap grace means "going to church and hearing that God just loves and forgives everyone, so it doesn’t really matter much how you live." Anyone who believes that, and self-refers as a follower of Jesus, has drifted into heresy. Yes, orthopraxy is important.

Tim Keller writes that, today, we live in an age of cheap grace.  "Many Christians want to talk only about God’s love and acceptance. They don’t like talking about Jesus’ death on the cross to satisfy divine wrath and justice. Some even call it “divine child abuse.” Yet if they are not careful, they run the risk of falling into the belief in “cheap grace”—a non-costly love from a non-holy God who just loves and accepts us as we are. That will never change anyone’s life." (Foreword to Metaxas.)