The Difference Between "Christian" and "Follower of Jesus" 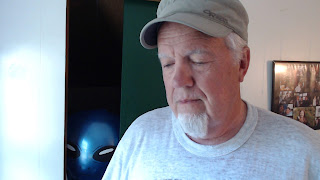 The German mathematician and philosopher Gottlob Frege, in discussing his linguistic theory of sense and reference, showed how two different terms could have the same reference, but different senses. His famous example is "the morning star," and "the evening star." Both terms refer to the planet Venus. So, they have the same reference (denotation). But, they have different senses (connotation). (See here; scroll down to 3.2.)

The terms "Christian" and "follower of Jesus" used to have the same reference, with different connotations. Such is the case no longer.

No longer is this the case.

Many self-refer as "Christian," but have little or no intention of actually following Jesus. I point out, e.g., that they must love other people, even their enemies, and that they must forgive others from the heart and not hold on to bitterness, and that they must not accept relationship division, since Jesus calls us to be reconcilers and peacemakers. Which means, to go after these things, behaviorally. Many, it appears to me, want the name, but not the cross.

Which means: "Christian," and "follower of Jesus," have neither the same sense, nor the same reference.

This is why we must abandon the word "Christian," and decide whether or not we will be disciples of Christ, people who hear Jesus' voice, and obey.