Trusting in Our Critical Thinking Apparatus In the Absence of Evidence 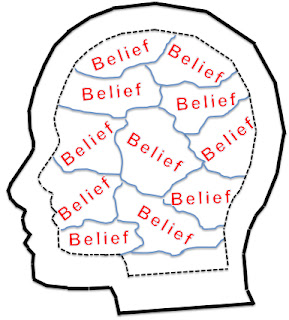 Here's a nice article on the need for critical thinking by Michael Lynch.

I have one observation. Lynch seems to be over-favoring a W.K. Clifford-type of "evidentialism." Which is: if you cannot provide evidence for a belief, then that belief is not worthy to be embraced.
In response to this, consider the philosophical idea that there are "properly basic beliefs." See Alvin Plantinga, William P. Alston, et. al.

Things such as the laws of logic, the veridicality of sense perception, and objective moral values seem to be properly basic. We are rational in believing them even though we cannot evidentially argue for them (since to do that one would need to assume the very thing one is trying to prove). This forms a response to Lynch's statements: "After all, if all reasons are grounded on something arbitrary, then no one’s principles rest on any firmer foundation than anyone else’s. It seems to give us the freedom to go with any epistemic principle we choose."

Properly basic beliefs are not "arbitrary." Yet they cannot be evidentially proven. (This is the philosophical objection to the "evidentialism" of, e.g., a W.K. Clifford.) To prove that the laws of logic are epistemically trustworthy one would have to assume the laws of logic in arguing for this. To argue for the veridicality of our sense experience one would require using our senses to empirically verify that our senses are trustworthy.

There are things critical thinking cannot prove, either deductively or inductively. One of those things is the trustworthiness of our critical thinking apparatus. What can we do? Assume it is rational to continue trusting in it in the absence of reasonable doubt.
Posted by John Piippo at 9:27 AM