"Church" As a Colony of Heaven In a Country of Death 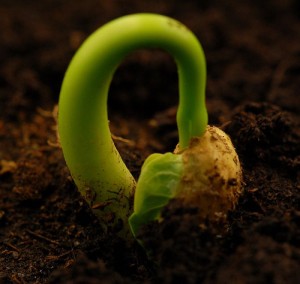 Every pastor should read The Pastor: A Memoir, by Eugene Peterson.

In Ch. 16, "Catacombs Presbyterian Church," Peterson takes us to the meaning of "church." Since American Christianity has for the most part lost this, it is worth going back to Square One. Peterson here functions as a prophet. If you have ears to hear, listen.

Peterson's first church met in the basement of a home. People began calling it "Catacombs Presbyterian Church." "Church" was an underground thing. That's what the Jesus-Movement was in the first century. The powerful movement of the Kingdom of God was like a seed growing secretly beneath the soil's surface, and not like some opulent, ornate human edifice-complex blooming in full view.

Peterson defines "church." "Church is a core element in the strategy of the Holy Spirit for providing human witness and physical presence to the Jesus-inaugurated kingdom of God in this world. It is not that kingdom complete, but it is that kingdom." It took Peterson a long time to understand "church" as: "a colony of heaven in the country of death, a strategy of the Holy Spirit for giving witness to the already-inaugurated kingdom of God."

"Church" is people who witness to the Jesus-story.

People are messy. Most pastors don't stay in the mess with their own screwed-upness long enough to be part of church-forming, by the Spirit. Peterson says, "my pastors never stayed with it long enough. Maybe they concluded that there had been some mistake in the packaging of the puzzle and many of the pieces had been accidentally left out. It became obvious to them that there were not enough pieces in the pews of our congregation to complete the picture of... [an] army with banners, marching to make war against the devil and all his angels. My pastors always left after a couple of years for another congregation or some other employment. Obviously our church was too far gone in disrepair to spend any more time on it."

I grew up in Tabor Lutheran Church in Rockford, Illinois. Our pastor was Clarence Anderzon. He pastored Tabor for... 50 years. When I became a Jesus-follower he was one of the persons I knew I had to talk to. He invited me to his home and we spend several hours together. I shared my story, he listened, and encouraged me. I didn't think about it at the time, but I now see that Pastor Anderzon had great staying-power. My pastoral model was: pastor as shepherd (not as "rancher") of a congregation. A shepherd has a flock, stays with the flock, and doesn't hop from flock to flock looking for the better one. I write this in my 19th year at Redeemer. It has not all been easy, for either me or my flock. They had to get used to me! And it has been so enriching that I often thank God for connecting me with this church, these people, whom I love. Redeemer is a movement of Real Jesus-followers that Linda and I get to partner with!

However...  Real, authentic "church" has "been scrapped and replaced with the imagery of an ecclesiastical business with a mission to market spirituality to consumers and make them happy... ["Church" in America is now seen as] a business opportunity that would cater to the consumer tastes of spiritually minded sinners both within and without congregations."

The consumer-congregation strategy includes removing "pictures of the God of Gomorrah and Moriah and Golgotha from the walls of the churches and shift[ing] things around a bit to make the meeting places more consumer friendly. With God depoersonalized and then repackaged as a principle or formula, people could shop at their convenience for whatever sounded or looked as if it would make their lives more interesting and satisfying on their terms. Marketing research quickly developed to show just what people wanted in terms of God and religion. As soon as pastors knew what it was, they could give it to them."

Real Church is about:
Peterson writes of "the Americanization of the congregation." This "means turing each congregation into a market for religious consumers, an ecclesiastical business run along the lines of advertising techniques, organizational flow charts, and energized by impressive motivational rhetoric... This pragmatic vocational embrace of American technology and consumerism that promised to rescue congregations from ineffective obscurity violated everything - scriptural, theological, experiential - that had formed my identity as a follower of Jesus and as a pastor. It struck me as far worse than the earlier erotic and crusader illusions of church. It was a blasphemous desecration of the way of life to which church had ordained me - something on the order of a vocational abomination of desolation."

Peterson opts for the Church as a Movement, as a "terrible army," rather than "the newly franchised Church of What's Happening Now."

To pastor a real church Peterson went to Square One. "Square One here meant the Acts of the Apostles. I would immerse myself and our church-in-formation in the story of the first church-in-formation. Acts would give us a text for cleansing our perceptions from the blurring and distorting American stereotypes."

I love that way of putting it. Turn off the TV churches and tolle lege the four Gospels. Note the disconnect. Be purged of the "American Church." Re-enter the strange, earth-shattering world of Jesus.

When Peterson's underground-catacombs-basement church first met, 46 people were present. He writes: "I wanted to drench the collective imagination of my congregation in the story of church as a reliving, a reteling of the story of Jesus." Pastors - saturate yourself in the Scriptures. In your preaching, teaching, and living, drench your congregation in the Grand Narrative. View all of life through it.

Don't follow the American Way! "The American stereotype of church. Salvation is God's business. It is what God does. And then he turn it over to us [and "Robert"]. Church is our business. It is what we do. God, having given himself to us in Jesus, now retires to the sidelines and we take over. Occasionally we call a time-out to consult with God. [We open our "business meetings" with a short prayer.] But basically, we are the action. ["God helps those who help themselves" - Hezekiah 1:5.] But that is not the way Acts tells the story."

View "Church" as story. "Acts is not a manual with blueprints or a set on instructions on how to be a church. Acts is not a utopian fantasy on what a perfect church would look like. Acts is a detailed story of the ways in which the first church became a church. A story is not a script to be copied."

As I'm writing this I received a prayer request from a good friend who is laboring to rescue women out of prostitution. A women who wants to escape the sex-slave industry needs help. Some money will be needed. Please pray for this! I felt God tell me to send the request out to my church, since we are a People Movement, and are used to being moved by the Spirit. We'll see what happens. I'm expecting God to move some hearts, without the need for human manipulation or coercion. A Movement is far more exciting than an Institution; a Story more than another business meeting. We're in the story as Jesus-followers, in "Act 5" as N.T. Wright would say. The drama unfolds before us, with the Spirit leading the way. It is happening, right now. Now, not later.

One more thing: "If we don't acquire a narrative sense, a story sense, with the expectation that we are each one of us uniquely ourselves - participants in the unique place and time and weather of where we live and worship - we will always be looking somewhere else or to a different century for a model by which we can be an authentic and biblical church."

Linda and I are planted in Monroe.

Bear fruit where you are planted.

(Read the whole book. It's prophetic, and soul-and-mind cleansing.)
Posted by John Piippo at 11:51 AM