In Praise of Purity

"How little people know who think that holiness is dull. When one meets the real thing (and perhaps, like you, I have met it only once) it is irresistible."
- C.S. Lewis, in Letters to an American Lady 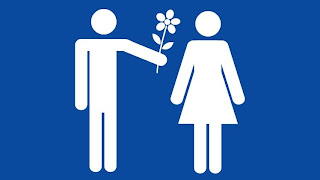 (I'm re-posting this for a friend who is choosing sexual purity.)

I am calling our people to a revivalist lifestyle. This is for me, too. This includes a call to holiness and purity.

I recently filled out a recommendation for someone who wants to go to Bethel School of Ministry. I like how the form connects revivalism and holiness. 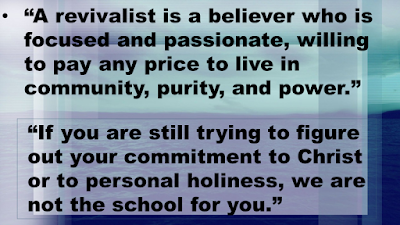 Linda and I have counseled premarriages and marriages for decades, and have many stories of couples who waited to have sex until they were married. Linda and I waited, too. This helped secure a foundation of trust to build our relationship on.

Here is one story about relational purity. It's an example of the beauty of holiness.

A few years ago Linda and I did premarital counseling with an engaged couple. We use the FOCCUS premarital inventory. It's so well-put-together, giving us an MRI of the relationship. It asks all the questions related to issues we want to get into. Most couples enjoy taking the inventory, and end up talking about a number of important things they have not yet thought of.

Jason and Andrea had known each other for many years. They dated for several years. She was working on a graduate degree, and he managed a business. The FOCCUS survey led us to talk about sex.

"Have you had sex together?" we asked them.

"Neither of us have ever had sexual intercourse or come close to it," they responded in unison. Andrea said, "When Jason told me he loved me and was interested in pursuing marriage, I immediately told him, 'There's no way I'm having sex before I get married.'"

"How did Jason respond to this?"

"He respected me for it," said Andrea, "and never has pressed himself on me."

Jason added, "It's not always been easy, because I love Andrea and look forward to sex in marriage. But I agree with her. God wants us to wait, and we are waiting."

This was a holy moment.

Jason and Andrea are two attractive, intelligent, and successful people with great futures. Yes, they are Jesus-followers, but many Jesus-followers who get married have premarital sex because "they can't wait."

I don't wish to judge them for that. Yet, I want to bow before Jason and Andrea and do a little worship! Who are these rare, unusual people who take the road less traveled and delay gratification? Especially in our sex-addicted culture where sex is used to sell everything from hamburgers to vacuum cleaners.

From my pastoral POV I see lots of sex addiction. Sometimes I wonder, falsely I am certain, "Who is not a sex addict today?" Have you ever seen, or counseled one? Addiction is a monster. The French word for addict, as Gerald May has told us, is attache. Attachment. Claw-like attache. Being married or shacking up (I'm not talking about the book The Shack) cannot cure this.

Our culture of sexual freedom has, ironically, imprisoned many. A sex addict outside of marriage will be a sex addict within marriage (unless The Transformation happens, to be accomplished only by grace).

We told them we were proud of them. Delayed sexual gratification displays self-control and breeds trust.

Linda and I abstained. In my abstinence I was not some religious legalist. I was so screwed up sexually that I just wanted God to heal the garbage of my heart so that, should I marry, I would not infect my life partner and children. When I told Linda I would not be asking her to have sex with me, I asked how this made her feel. She said, "Safe." I didn't love her only for her physical beauty. I wanted her heart. The two are different.

While dating, I waited several months before I kissed her. I will never forget that kiss! We were walking in a park, and it began to lightly rain. A little voice told me, "It is time!" I asked for her permission. She said yes. That kiss lasted only one second, but mega-volts of lightning came through her lips! From then until we got married we kissed only occasionally, and then only for a second or two. Our love and trust and respect only grew. This was wild and unbelievable to me, a former drug-alcohol-fraternity-sex-womanizer. A foundation of faithfulness was being laid from which we have never diverted (for forty-six years).

I don't see that often. When I sat in my office with Jason and Andrea, I got those feelings that have to do with my understanding of real, deep, growing Jesus-love that lasts a lifetime. Because Jason and Andrea have no history of sexual partners and have not sex-partnered with each other, I predict they will stay faithful to one another. They are disease-free, physically and spiritually. In this they are...  pure.

The odds are greatly in their favor. Their children will be blessed. They will pass marital fidelity to their kids. And maybe a couple of children whose parents are named Jason and Andrea will lead the counter-revolution to purity?

***
A few resources on Jesus-following and sexual purity include:

Every Young Man's Battle, by Steve Arterburn and Fred Stoeker

Every Young Woman's Battle, by Shannon Ethridge and Steve Arterburn

On morality from our Christian theistic worldview, see Richard Hays, The Moral Vision of the New Testament.

And, Linda and I plan on writing our book on Relationships.
***
Posted by John Piippo at 1:27 PM