The God Delusion #36: The Naive "Science Explains Everything" Outlook 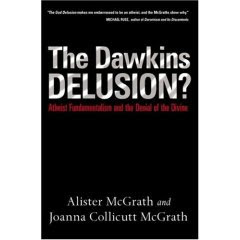 McGrath, in The Dawkins Delusion, cite neuroscientist Max Bennett and philosopher Peter Hacker as pointing out the philosophical shallowness of much contemporary scientific writing. They are especially harsh on the Dawkins' "science explains everything" outlook.
They argue that "scientific theories cannot be said to "explain the world" - they only explain the phenomena that are observed with the world. Furthermore... scientific theories do not and are not intended to describe and explain "everything about the world" - such as its purpose." (DD, 38)
See Bennett and Hacker, Philosophical Foundations of Neuroscience.
Oxford immunologist Peter Medawar, who won a Nobel Prize for medicine for the discovery of acquired immunological tolerance, in his book The Limits of Science, "explored the question of how science was limited by the nature of reality." (DD, 38)
Consider this wonderful pre-facto Dawkins-slamming quote from Medawar: "That there is indeed a limit upon science is made very likely by the existence of questions that science cannot answer, and that no conceivable advance of science would empower it to answer... I have in mind such questions as: How did everything begin? What are we all here for? What is the point of living? Doctrinaire positivism - now something of a period piece - dismissed all such questions such as only simpletons ask and only charlatans profess to answer." (Citied in DD, 39)
Posted by John Piippo at 5:23 PM